A familiar name on the plein air circuit took the Grand Prize, and watercolorists were well represented among the winners, at Easels in Frederick earlier in June.

John P. Lasater, IV, won the Grand Prize with his oil painting “Walkersville Relics.” “Easels in Frederick gives us a focus area within Frederick County, and it just so happened there was a great historical train yard in Walkersville,” Lasater relates. “Quite a few of the artists did some nice paintings there, and I was fortunate to find one of those technically challenging motifs that gives me energy to paint it with my heart and mind fully engaged.” 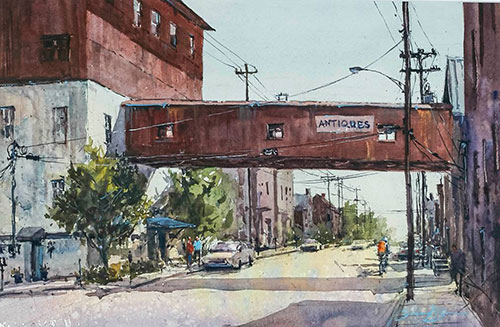 Dee Beard Dean was the judge. She also chose “Antiques Bridge” by Brienne Brown for Second Place and “Train Depot” by Vladislav Yeliseyev for Third. 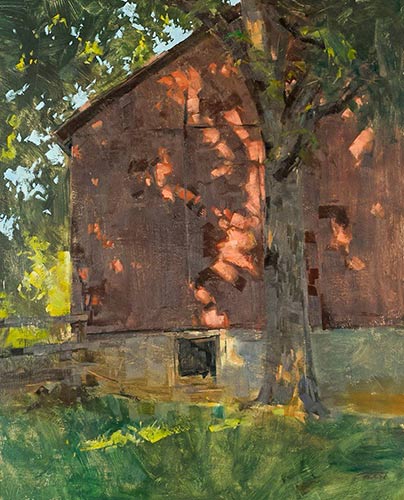 “Light Dancing at the Clapp Barn,” by Patrick Saunders. Artists’ Choice, Best Use of Light

Three artists tied for Artists’ Choice. Patrick Saunders’ piece “Light Dancing at the Clapp Barn” shared that honor plus the Best Use of Light award. Patrick Lee’s “Goodnight, Frederick” shared it as well, along with the Best Architectural Subject in Frederick City award. Lasater’s “Rocky Springs Road” also shared in the honor. 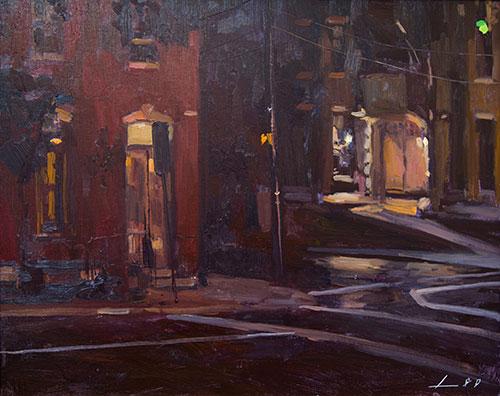 “The Forgotten Stacks” by Jason Sacran won Best Painting of County Landscape or Town Outside of Frederick City. 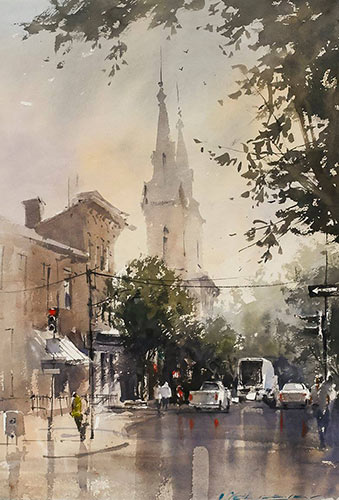 “The Forgotten Stacks,” by Jason Sacran. Best Painting of County Landscape or Town Outside of Frederick City

Lasater says it wasn’t the competition that attracted him to the event. “Easels in Frederick has an excellent staff of volunteers and patrons — that’s what keeps me coming back,” says Lasater. “Conversely, it attracts a diversity of mediums and seems to be at least one third watercolorists, many of whom were recognized for their beautiful work.”