Carmel-by-the-Sea is a hotspot for art collectors. Who shone brightly at the town’s recent plein air event? 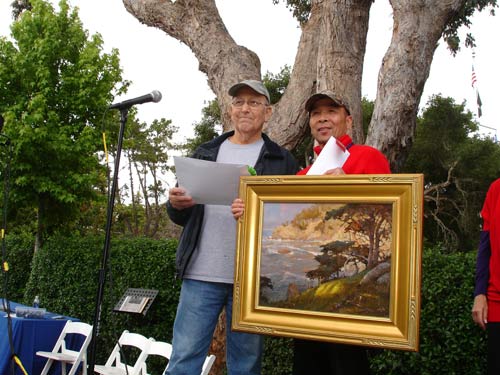 Coraly Hanson paints some roses during the Carmel Art Festival

Aimee Erickson won the Quick Draw competition. See all the winners — and all the paintings — here.